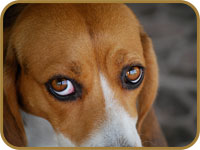 Have you ever heard of any of the following?

Hopefully you will be relieved to know that all of the above are scientifically untrue, despite what some television programmes and books say. The people that still perpetuate these myths say they are true because dogs are descended from wolves who live by similar rules, but this is not so at all.

These are excerpts from “Whatever Happened to the Term Alpha Wolf” by David Mech a senior research scientist for the U.S. Geological Survey and founder and vice chair of the International Wolf Centre. He has studied wolves for 50 years and has published several books.

“Rather than viewing a wolf pack as a group of animals organized with a ‘top dog’ that fought its way to the top, or a male/ female pair of such aggressive wolves, science has come to understand that most wolf packs are merely family groups formed exactly the same way as human families are formed. That is, maturing male and female wolves from different packs disperse, travel around until they find each other and an area vacant of other wolves but with adequate prey, court, mate and produce their own litter of pups.”

As the original, new pairing wolves raise their pups, they feed and care for them just like any other animals care for their young. As the pups grow and develop their parents naturally guide their activities, and the pups naturally follow. During fall when the pups begin to accompany their parents away from the den or rendezvous site and circulate nomadically around the territory, the pups follow the adults and learn their way around. The parents then automatically fall into the leadership role in the pack as they guide the pups through their territory. This leadership role, however, does not involve anyone fighting to the top of the group, because just like in a human family, the youngsters naturally follow their parents’ lead.”

The reason that science got so far away from the truth is explained by Mech as follows:

“Several decades ago, before there were many studies of wolves under natural conditions, scientists interested in animal social behaviour thought the wolf pack was an assemblage of wolves that came together as winter approached in order to better hunt their large prey. Thus to study wolves in the only way they knew how, these folks gathered individual wolves from various zoos and placed them together in their own captive colony.

When one puts a random group of any species together artificially, these animals will naturally compete with each other and eventually form a type of dominance hierarchy. This is like the classical pecking order in chickens. In such cases it is appropriate to refer to the top ranking individuals as alphas, implying that they competed and fought to gain their position. And so too it was with wolves when placed together artificially.”

So having established that wolves don’t behave as it was once thought, why do the myths continue? Let’s look at the myths again:

Ok, so if you believe this and train your dog by whatever means and your dog then stops pulling on lead/going through doors first it is easy to see how the ‘dominance myth’ can be believed.

In reality, dogs pull/go through doors first because they want to get there and because it is rewarded (by getting there). Most dogs pull less on the way back – did they just get less dominant on the walk – of course not!

Here are some more:

All of these are similar. If a dog is growling at you when you ask him to get down from the sofa, you have a guarding problem, not a ‘dominance’ problem. Most dogs like warm, comfy places and if these are at a premium for him, the dog is more likely to guard them.

If you allow your dog to behave like this you are rewarding unpleasant behaviour, so you will get more of it. If you stop the dog going on the furniture, you will stop the behaviour – you haven’t just made yourself more ‘dominant’ you have just stopped allowing the behaviour to happen and how you teach that will affect your dog’s future behaviour. If you want your dog to sit with you on the sofa, or sleep on the bed that is fine- it is your home, your dog and your choice, just ensure that your dog has proper manners around everything, e.g. waiting to be asked to get on the sofa and getting off when asked.

If you don’t want your dog to share the furniture with you, do ensure that he has a very comfortable, draught free bed of his own so that he doesn’t covet yours.

This one came about because some people believed/believe that the dominant animals eat first in the wolf pack. In the captive wolf studies as described above, this may have been true because of the unnatural conditions. However, in reality when there is sufficient food they all eat together. In food scarce times, the pups eat first because without them there are no new wolf packs – the mother will eat with or after them as she has to care for them and the father also as he will be the chief hunter while the pups are small. The pack members that will eat last are those that are most able to survive without food – the one and two year old adolescents and sub-adults (the previous years’ litters) who have not left to form their own packs yet.

So, how does your dog see you eating before him? Who knows really but we do know that it is impossible to maintain (people eating late, kids eating early etc) and it has no real value. Sometimes this may appear to benefit the dog if it has added more routine to the dog’s life – e.g. set mealtimes but you need to teach your dog good behaviour around food, which has nothing to do with dominance and everything to do with good manners.

If you don’t want your dog to beg from the table, feed him before hand and crate/gate him out of the way and never allow him to be fed from plates.

A very serious one now:

Never, ever attempt to do this, it is very dangerous and will not treat any behaviour problem effectively.

In this context, the word ‘dominant’ is being used to describe an aggressive animal – make no mistake, dominant dogs are rarely aggressive. The true nature of dominance lies in the relationship between animals of the same species, so if you have more than one dog, one may be dominant over the other, or more commonly the relationship is fluid and dependent on different circumstances and individuals.

In canines, dominant animals are confident, calm and benevolent and the canine culture is based on submission not aggression, that is to say dogs will voluntarily offer submissive postures to a dominant animal – most puppies do this and many a daft human has chastised the puppy for being a ‘hussy’ or similar for showing their underbelly. How confusing is that for a dog that understands their own species but gets told off for behaving accordingly.

The vast majority of canine aggression is motivated by fear, and rolling a fear aggressive dog on their back is likely to terrify the dog or induce a damaging state called “learned helplessness” where the dog just shuts down. Popular TV programmed may call this state “calm submission” but it has been known for many years as the state where the mind is overloaded and causes the body to ‘hunker down’ in order to avoid further fear. The other possibility is of course a bite. Don’t ever do this, it is damaging to your dog, scientifically wrong and will damage your relationship with your dog. If your dog is aggressive in any way, you need professional help to deal with the cause, most likely fear.

It is an accepted fact that is generally takes about 20 years for new science to fully seep down to general acceptance, including even new medical breakthroughs. This is true of the ‘alpha wolf’ theory in wolf circles and I would hazard a guess at the dog world being about 50/50 on the matter at best at present. The trouble is that people want instant results from everything which is why makeover and lifestyle programmes get such good ratings. When dog training appears to take minutes on TV, no wonder people are put off by the proper way to train dogs and deal with their behaviour problems because it takes time and effort, but we do all know really that nothing in life is genuinely quick fix.

By training your dog positively you are building a strong relationship based on trust and understanding. Your role is to be a ‘secure attachment figure’, in other words a parent/auntie/uncle figure who will teach the rules positively and fairly and provide for and protect the dog properly.