By now you hopefully understand the concept of the Dicky Bag. You can store clean rolls of biodegradable pick up bags, you can then store bags of your dogs waste until you reach a bin to avoid carrying them in your hand, alleviate the smell and generally make your walk more pleasant.

So we thought we all know what you do with it, we all know what’s inside it, but do you have to keep mentioning POO or MUCK or CRAP!!! Let’s face it, it’s not the most delightful subject to talk about so we didn’t want to be so desciptive when naming our invention. 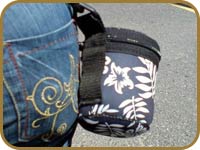 We banded around names like poo-ch and crap sack but they didn’t have a likeable and usable ring to them. “hey honey, can you grab the crap sack, i’m going to take the dogs for a walk.”

Then we had that Eureka moment!! Good old fashioned Cockney rhyming slang!

Ever heard of a Richard the third? If you haven’t i’m sure you can work it out for yourself if not try googling it, and don’t listen to those charlatans who say it means bird! Don’t believe me? Try these;

Now Richard seemed a little formal for our mascott so we shortened it to Dicky, and never looked back.

Ok, so it doesn’t do what it says on the “tin” as some would say, but you clever people out there that understand our logic wouldn’t want to carry around a TURD BAG anouncing to the world what’s in it, you might as well still be swinging your your bag of smelly dog poo!