No products in the basket.

Ode to George the Giant Dog

When is a dog not a dog? When it’s bigger than Pony?

Take a look at George the Giant Blue Great Dane here who is hoping to take the title of World’s Tallest Dog.

Obviously being in our business i wondered how large i would have to make his Dicky Bag, i’m guessing we’d have to add a special spade holder to go with it

Being an old Abba Fan, i have written a special tribute to George to the tune of Super Trooper

Don’t leave it, it can blind you,

That i know is true,

toxins through and through

Use a Dicky for his number 2’s” 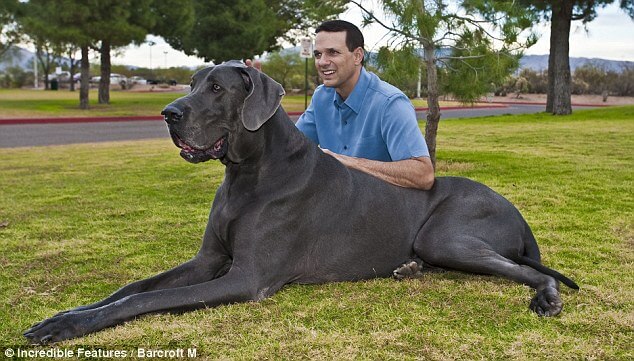 George lives in Arizona with his owners Christine and George Nasser and they are awaiting confirmation from the Guiness World Records that he is indeed the Worlds tallest dog.

7 foot 3 inches from nose to tail

Eats 110 lbs of food every month